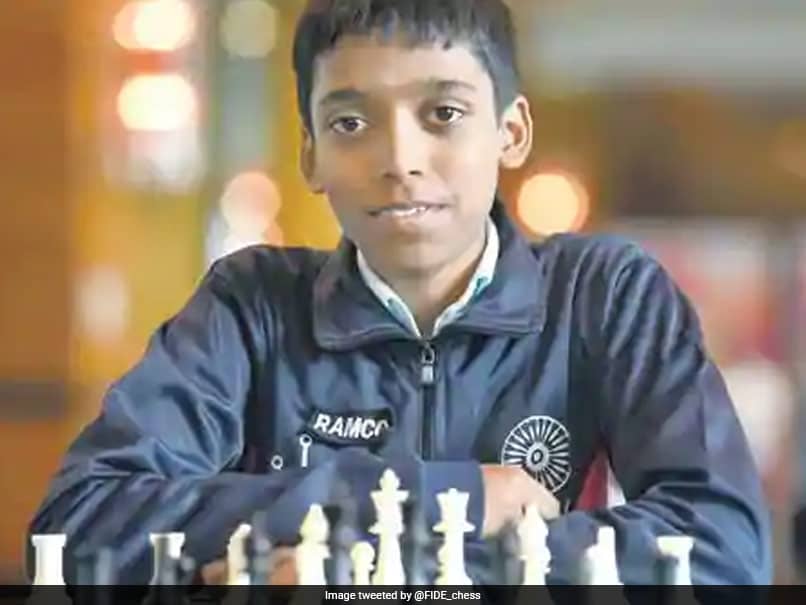 Praggnanandhaa beat Paulo Bersamina in the first round of the Chess World Cup.© Twitter


Teen prodigy and Grandmaster Praggnanandhaa outwitted Paulo Bersamina (the Philippines) 1.5-0.5 with a draw in the second game after having won the opening game of the two-game mini match on Monday. The 15-year old Chennai lad will take on Gabriel Sargissian (Armenia) in the second round. Birthday boy Nihal Sarin drew the second game against IM Arthur Ssegwanyi of Uganda to secure a 1.5-0.5 win in round one. The Indian will now take on Sanan Sjugirov of Russia in round two.

Iniyan overcame the challenge of higher-rated Swiss player Sebastian Bogner 1.5-0.5 to secure a spot in the second round, where he will meet Evgeny Tomashevsky.

Also advancing were GM Aravindh Chithambaram VR, a 2-0 winner over Michael Concio Jr and the experienced B Adhiban who beat Chilesto Chipanga of Malawi.

The winners join Vidit Santosh Gujrathi and P Harikrishna, who received first-round byes, in the second round.

Talented, young GM D Gukesh, whose two-game mini-match against Poland’s Pawel Teclaf ended in a 1-1 draw, will play in a tie-breaker on Wednesday to determine the winner.

Meanwhile in the women’s event, Padmini Rout and R Vaishali joined compatriot Bhakti Kulkarni in the second round.

Both won by 2-0 margins. Rout will meet Sarasadat Khademalsharieh, while Vaishali, sister of Praggnanandhaa, runs into Bela Khotenashvili (Georgia) in round two.

Kulkarni had got a walkover from Russian opponent Anastasya Paramzina on Monday.

D Harika will be joining them in the second round, courtesy a bye in the first round. Matches in the FIDE World Cup are being played in the classical format.

Watch: This Keto Cheesecake Is Just The Healthy Saviour You Need For Weight Loss