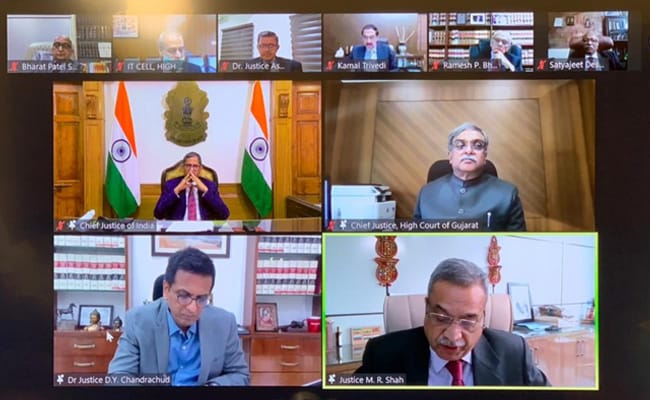 Chief Justice of India N V Ramana has said that the live-streaming of Supreme Court proceedings may begin soon and logistics are being worked out to enable this.

The Chief Justice of India said currently, people get information about court proceedings through the media. “In effect, the information from the courts is being filtered by agents of transmission. In the process, there is sometimes a transmission loss leading to misinterpretation of questions asked and observations made by the bench, due to the absence of context. Vested interests are eager to amplify these misinterpretations in order to embarrass or discredit the institution,” he said.

“It is this lack of direct access which gives space for misconceptions. The formalisation of the live streaming of court proceedings is the best cure for the aforesaid malady. Live-streaming of proceedings is crucial for dissemination of information which is a sacrosanct aspect of Article 19,” he said, adding that through such direct access, people can get first-hand information about the entire proceedings and the opinions of the judges, “leaving little room for any mischief”.

“Although a step in the right direction, one must tread the path with caution. At times, live streaming of proceedings may become a double edged sword. However, judges might feel the pressure of public scrutiny, which may ultimately result in a stressful environment that may not be conducive to justice dispensation. A judge must remember, even if justice commands standing up against the popular perception, he must do so out of his commitment to the oath he took under the Constitution,” Justice Ramana said.

“A judge cannot be swayed by popular opinion. Yes, with increased public gaze, he might become a subject of multiple debates, that should never deter him from his duty to protect the right of one against the might of many,” he said.

The Chief Justice of India said that with the enhanced access, “lawyers should not go after publicity”. “…rather they must ensure to put in all possible efforts to protect the best interests of his clients. They must always uphold and maintain the dignity of the profession,” he said.

“Whether or not people are interested in a particular case, live-streaming adds to transparency. People get to know the judges actually work. Misconceptions regarding judges’ functioning are there. We are targeted for holidays we take,” Justice Chandrachud said.

“Live-streaming is a necessity now. Even after pandemic ends, live-streaming would demystify court proceedings and will convey the message that courts are for people,” he added.

The Supreme Court court had earlier said the proceedings of the court be live-streamed in cases that are Constitutionally significant.

Doctors and paramedics will be trained on Covid-19 management: Karnataka health minister