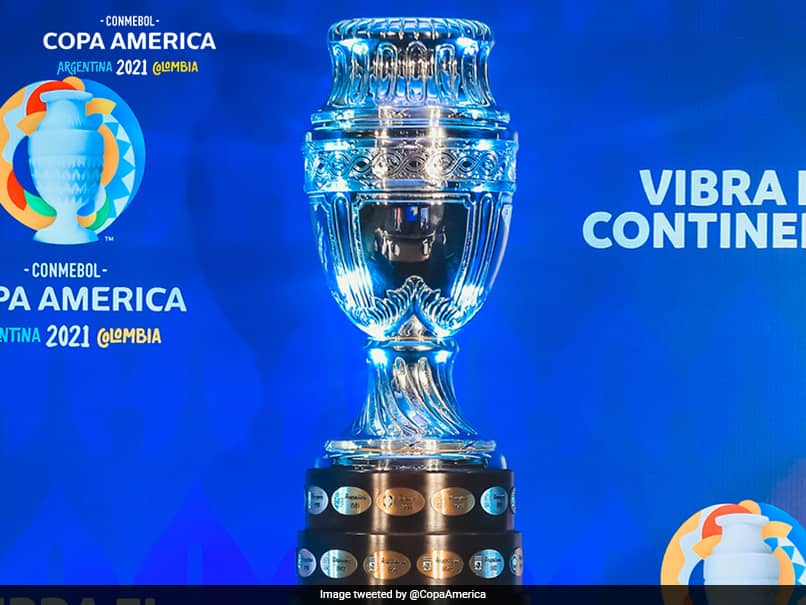 Copa America 2021 has been moved to Brazil from Argentina and Colombia.© Copa America/Twitter


South America’s largest football tournament, the Copa America, was moved Monday to Brazil after a Covid-19 surge in Argentina and social unrest in Colombia saw the co-hosts stripped of the right to host the event. With two weeks to kickoff, South America’s CONMEBOL football federation tweeted that “The CONMEBOL Copa America 2021 will be played in Brazil!” and the June 13-July 10 dates were maintained. CONMEBOL is expected to announce the venues and dates of matches in the coming hours.

Originally scheduled for last year, the Copa was postponed by 12 months due to the coronavirus epidemic.

New host Brazil is one of the countries in the world worst affected by the outbreak, with the second-highest number of deaths of over 460,000 so far and more than 16.5 million cases.

It would have been the first time in its history that the tournament would be co-hosted by two countries, Argentina and Colombia.

But ten days ago, CONMEBOL stripped Colombia of its duties amid street protests that were met with a heavy-handed police response that drew international condemnation. More than a month into the unrest, dozens of people have died.

On Sunday, CONMEBOL also stripped Argentina of hosting rights in the context of a record coronavirus surge, with more than 77,000 deaths in the pandemic to date and nearly 3.8 million infections.