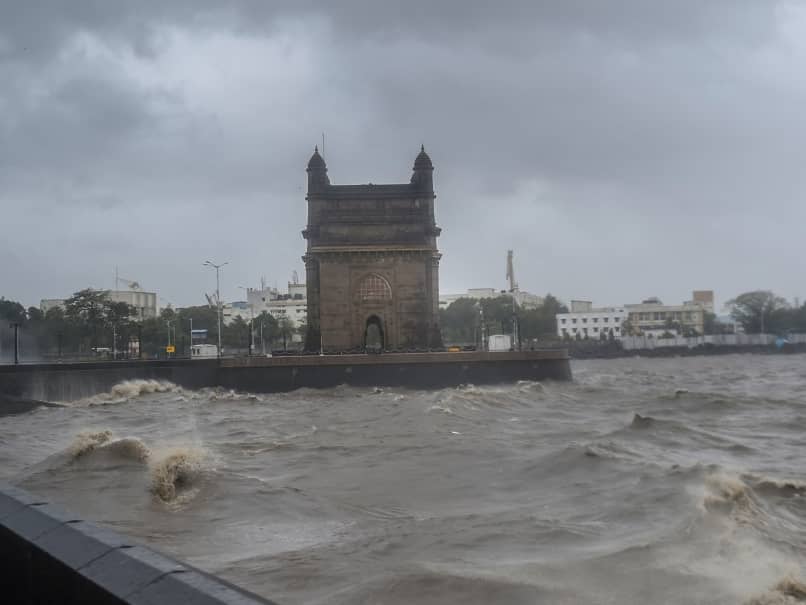 Cyclone Tauktae: High waves hit the shores near the Gateway of India in Mumbai.© PTI


India’s financial capital Mumbai and its neighbouring areas on Monday experienced high-speed winds and heavy rainfall, as Cyclone Tauktae continued to ravage several coastal states along the Arabian Sea. Indian Premier League (IPL) franchise Mumbai Indians posted a video on Twitter urging the residents to “stay indoors, stay safe”. The visuals from two of the most iconic buildings of the city — Gateway of India and the Taj Hotel — shows high waves crashing into the stone culverts and strong wind blowing through the trees.

The sheer intensity of the wind shocked many, including cricket commentator Harsha Bhogle, who took to Twitter and wrote that he had never experienced such winds in the city.

“Have seen a lot of rain in Mumbai over the years but hardly ever winds like these that are accompanying the rain. Scary. #MumbaiRains.” Bhogle tweeted.

Have seen a lot of rain in Mumbai over the years but hardly ever winds like these that are accompanying the rain . Scary. #MumbaiRains

With the city experiencing extreme rainfall and winds up to 100 km per hour, temporary shelters have been set up across the city. The international airport has been shut till 4 pm and the movement on the famous Bandra-Worli Sea Link has also been suspended.

Cyclone Tauktae intensified into an ‘extremely severe cyclonic storm’ early this morning and is currently 160 km south-southwest of Mumbai. The storm is “very likely” to reach the Gujarat coast this evening with gusts of up to 200 km per hour.