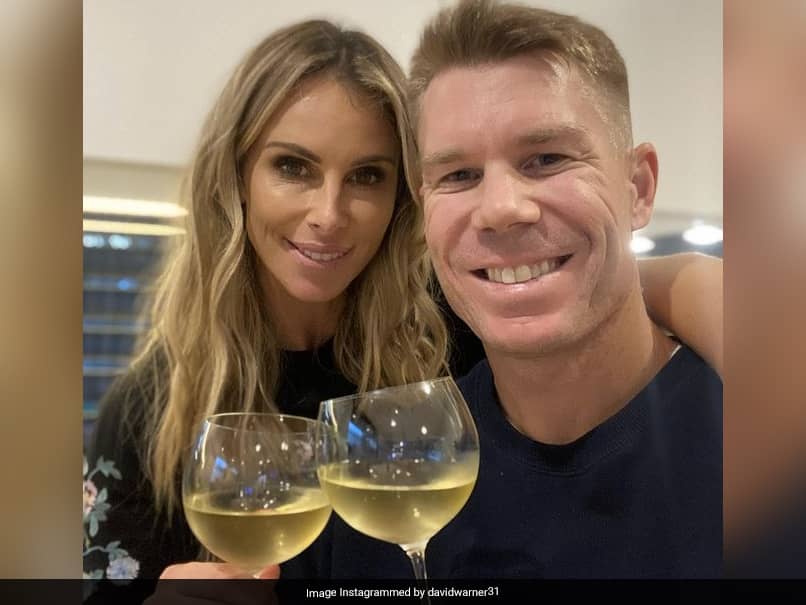 
Former SunRisers Hyderabad (SRH) skipper David Warner on Monday reunited with his family after spending two-week quarantine in a Sydney hotel. Warner announced the happy news on Instagram by posting a snap with his wife and best friend Candice. “So good to be back with my bestie Candice, cheers my love,” Warner captioned the photograph. Responding to the post, Warner’s Indian Premier League (IPL) teammate Rashid Khan expressed his happiness to see the Aussie star back home safe. “Good to see you back home mate,” wrote a delighted Rashid in the comment box.

Candice also shared several videos of Warner’s arrival in her Instagram Stories, where the ace batter could be seen reuniting with his daughters — Ivy Mae, Indi Rae and Isla Rose.

Warner also added a short clip of the ocean and wrote, “It’s great to be home”.

Warner, who was part of the IPL 2021, left India after the cash-rich league was suspended on May 4. Following IPL’s postponement, Warner along with other Aussie players, coaches and commentators travelled to the Maldives, where they spent 10-day in quarantine, as the Australian government has banned direct travellers from India including their own citizens in the wake of the second wave of the coronavirus.

After reaching Australia, Warner and others underwent a two-week hard quarantine as per the COVID-19 rules and regulations of the country. On Monday, they were finally able to meet their friends and families after spending almost one month in isolation.

Meanwhile, the Board of Control for Cricket in India (BCCI) on Saturday announced that the second phase of the IPL 2021 would take place in the United Arab Emirates (UAE) in September and October.

Varun Dhawan Reveals His Diet Plan And We Are Taking Notes