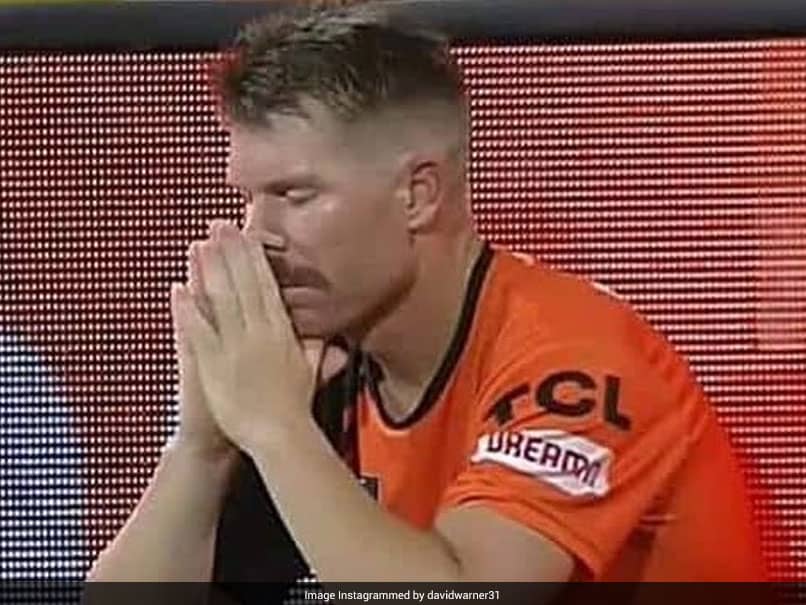 David Warner was hailed by fans, who hoped he would make a comeback in IPL soon.© BCCI/IPL


David Warner took to social media to post a photo from an Indian Premier League (IPL) match and asked fans to caption it. The Australian cricketer represents SunRisers Hyderabad in the IPL. Before IPL 2021 was postponed in May, Warner was replaced as SRH captain by New Zealand’s Kane Williamson. Warner’s post on Instagram was well-received by fans. Fans commented to show their support to Warner, who had a poor IPL 2021. “Thinking about how to comeback with centuries”, one commented.

Another fan wrote, “You’re a champion lots of love from India”.

“Don’t worry mate. We also with you we will rise again….”, another fan commented.

“The calm before storm…..Love you warner”, a fan wrote.

Before the tournament was postponed, SRH were bottom of the eight-team table with one win and six defeats.

Warner could only muster 193 runs from six games for his side and was meandering in 18th position in the Orange Cap race.

Englishman Jonny Bairstow was SRH’s highest run-scorer with 248 runs from seven games and was ninth in the Orange Cap race.

Despite SRH’s poor form, Rashid Khan was fifth in the Purple Cap race with 10 wickets from seven fixtures.

IPL 2021 was postponed after several players and support staff members across teams tested positive for COVID-19. The remainder of the league will be played in the UAE in the months of September and October.