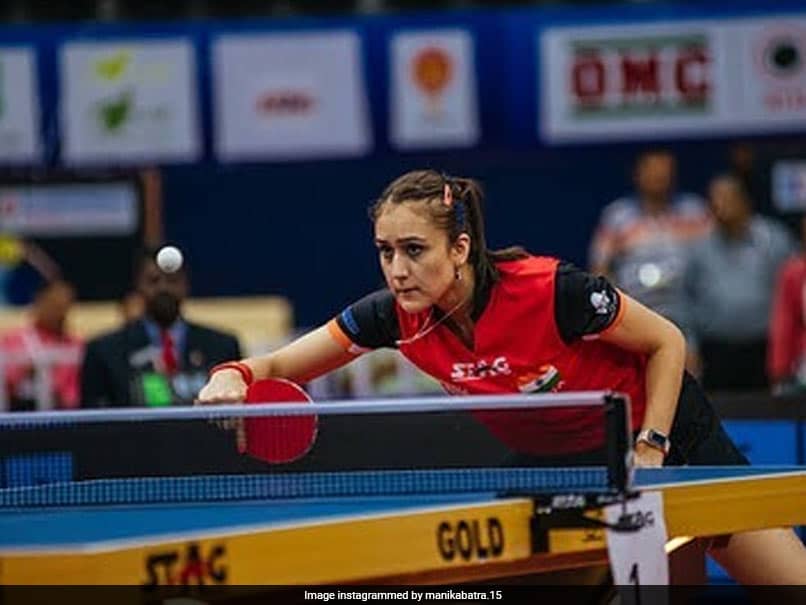 Manika Batra and G Sathiyan had earlier expressed their unavailability to attend the camp.© Instagram


Indian table tennis contingent’s Olympic preparations got a much needed boost on Friday when star paddler Manika Batra agreed to join the national camp in Sonepat to train with mixed doubles partner and veteran Sharath Kamal. Earlier, both Manika and G Sathiyan had expressed their unavailability to attend the camp, preferring to continue training in Pune and Chennai respectively with their coaches.

That was a big setback to India’s build up for the July-August Olympic Games where India have a medal chance, albeit a slight one, for the first time ever after winning the mixed doubles qualifying event. The preparation anyway has been far from ideal due to the COVID-19 related restrictions. The team also doesn’t have a head coach since the 2018 Asian Games.

While Sathiyan’s availability for the camp, beginning June 20, remains uncertain, Manika has informed TTFI that she would be travelling to Sonepat with her personal coach Sanmay Paranjpe.

“She has said yes to attending the camp, putting the country first. We appreciate that. We have also got SAI’s approval for the camp.

“Our best chance is in mixed doubles so Manika and Sharath’s preparation becomes very important. I hope they get a lot out of the camp,” TTFI advisor MP Singh told PTI.

Besides Manika, Sharath and Sathiyan, Sutirtha Mukherjee has also qualified for the Olympics, making it India’s biggest representation in the sport at the Summer Games.

Around 16 people will be part of the camp from June 20 to July 5, including 12 players and four support staff.

They all will undergo a RT-PCR test upon arrival on June 17 and will undergo rapid antigen test daily from day one of the camp.

Kriti Sanons Go-To Comfort Food Is Something Youll Relate To