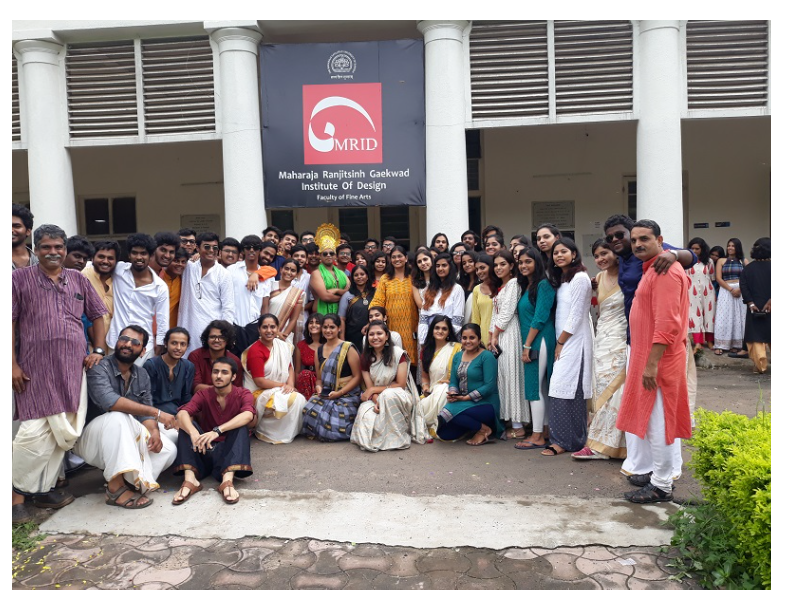 Design education has been on the rise in India since the turn of the new millennium. Earlier the main stake holding institutes were National Institute of Design [NID] and National Institute of Fashion Technology [NIFT]. Probably because of the change in the economic policy of India and the industrial boost and globalization prompted the development in the Design sector. While the development of OTT platforms has given impetus to the film and video fields, the globalization and outsourcing of talents gave a boost to the Animation industry in India. However, the Industry based design education in India seems to have lost contact with traditional craft-based Industries in India unlike that in the case of Japan, China and other Southeast Asian countries. The role model for design education in India somehow restricted itself to the western industrial design. Critics may argue that the modern design as a concept did originate from the west. Indeed, the distinction between the Art and Industrial design did come into existence in the post-Industrial Revolution of Europe. One should not also forget that the same Industrial Revolution had brought in the nemesis of the traditional designs of the orient. Indian craft sector is definitely a victim of this modern design onslaught in the field of textile, Ceramic and leather industry. Some of the crafts may be branded as obsolete in the contemporary times like for example the Leather Puppets which was the only vista for entertainment in the pre film era where the light, form, music and narration played a key role. 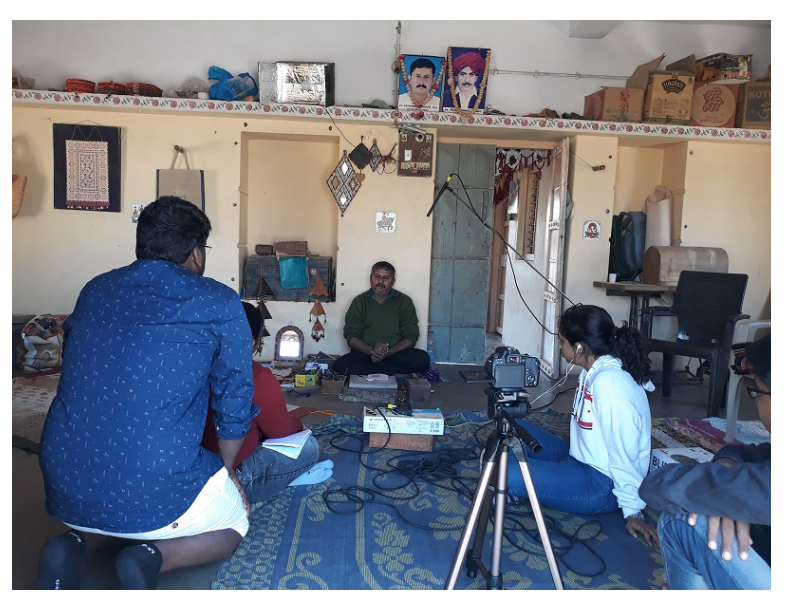 If one looks in retrospect, the Industrial Design courses in India were lop-sided towards the western models and more or less unheeded the Indian ethos and aesthetics. There was no attempt to redefine the traditional designs which could percolate into the roots of craft tradition. The vision that directed to the structuring of the pedagogical scheme of the Maharaja Ranjitsinh Gaekwad Institute of Design was this. For example, the film and Animation [called as Moving Images at MRID] students should look not only at the Western animation styles but also study the traditional Shadow puppetry and the various visual narrative techniques experimented and continued in the traditional way. Naturally a question arises on why we should hang on to the heritage while the world is moving towards modernity. The answer to this will be that the post- modernist ways of Design do incorporate Tradition, in contrast to the negation of Tradition proposed by modernism. The examples from Japan, China and other South East Asian countries can be cited as an example. 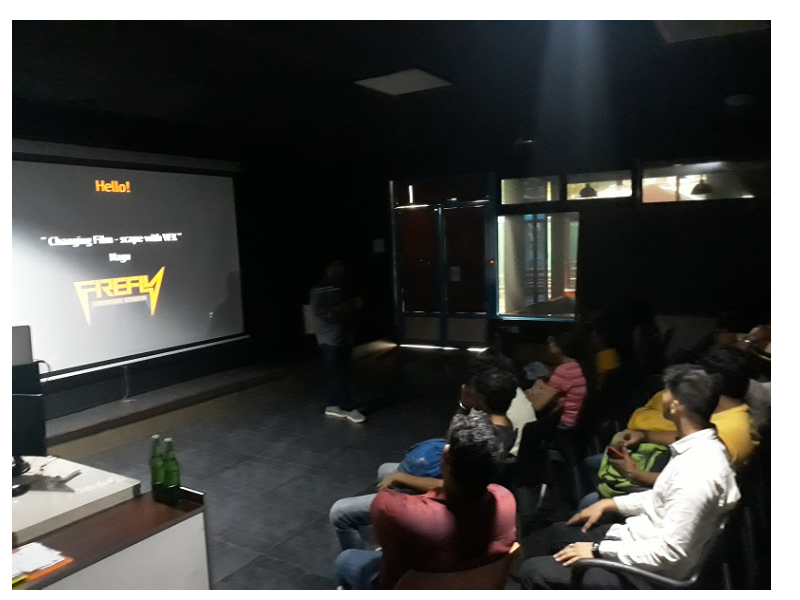 The Maharaja Ranjitsinh Gaekwad Institute of Design [MRID] do have some courses which emphasise on the study of Traditional Design like Craft and Design where students are urged to look into the Craft sector of India and impact the life of millions of craftspeople through design innovations. Considering India was the biggest exporter of Textiles in the pre-colonial days and the state of weavers and textile printers of India some kind of design and entrepreneurial intervention seem to be the way forward. Another area that appeared lacking in the field of Design Education was the connection to the visual arts and the region-specific aesthetics. The taste of the people is conditioned by the social environment which they are living in. A sudden change of the taste and style cannot be expected; however, a pedagogical approach may lead to constructive changes in the future. 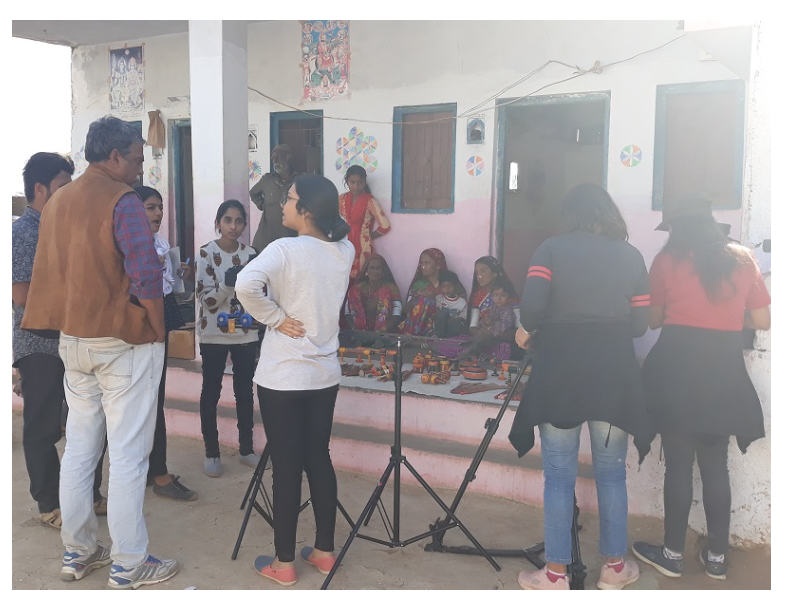 The Maharaja Ranjitsinh Gaekwad Institute of Design experimented with this vision in 2019 when the Institute academically adopted a Craft Village in Kutch called Nirohna. The students of all specialization [Accessory Design, Communication Design, Moving Images, Craft and Design, Ceramic and Glass Design] did visit the Nirohna village and worked with the craftspeople, making films on their crafts, designing signages for their shops, designing their business cards and planning a village map defining the workshops and shops of the craftspeople. As one of the craftsmen from Nirohna stated, “It was for the first time a group of young designers decided to give back something to us rather than just getting information and acquiring skills from us”. 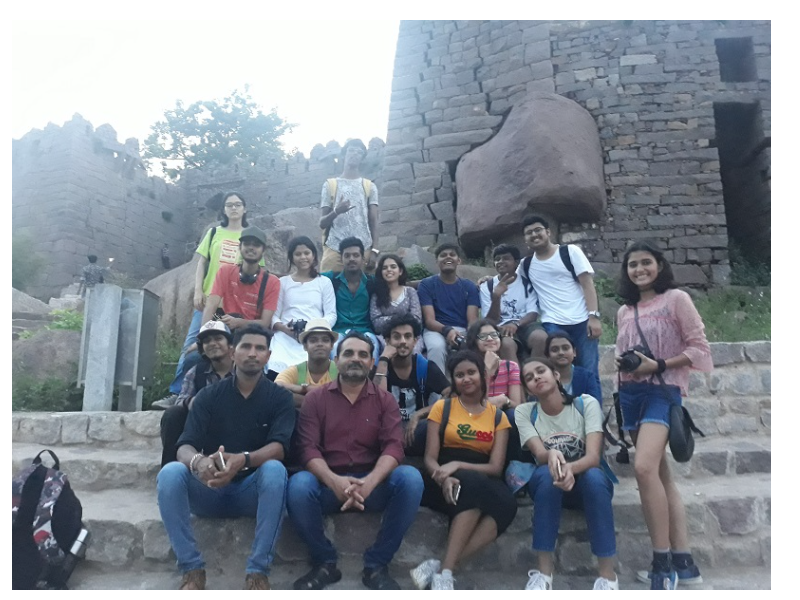 MRID named after the erstwhile Maharaja of Baroda, Shrimant Ranjitsinh Gaekwad only re emphasised the vision of the Maharaja Sayajirao Gaekwad who along with TK Gajjar envisaged an additional role for the Kala Bhavan [Now Faculty of Technology, The Maharaja Sayajirao University of Baroda], “that of serving the cause of the artisans and the weaker sections.”

The Maharaja Sayajirao University of Baroda

Canara Bank Sheds Over 3% Even After Profit Jumps 3-Folds To Rs 1,177 Crore In June Quarter