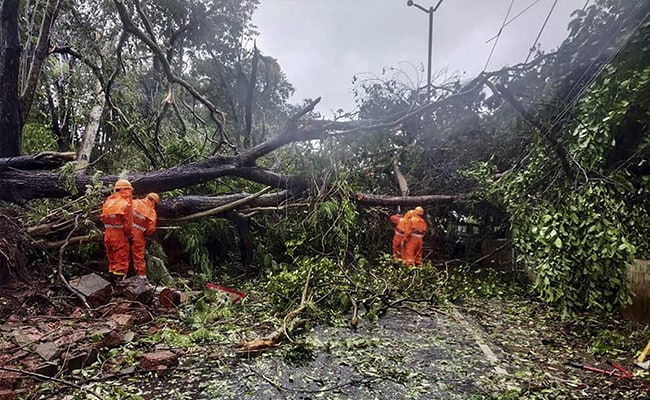 Cyclone Tauktae: NDRF team clears a road blocked by the falling of trees due to strong winds.

Cyclone Tauktae – an ‘extremely severe cyclonic storm’ – was around 160 km south-southwest of Mumbai, where the airport has been shut between 11 am and 2 pm, early Monday morning, and is “very likely” to reach the Gujarat coast between 8 pm and 11 pm. Around 25,000 people have been evacuated from low-lying areas between Porbandar and Mahuva in Gujarat’s Bhavnagar district in anticipation of landfall. Overall more than 1.5 lakh have been shifted from low-lying areas in the state.

Movement of vehicles on Mumbai’s iconic Bandra-Worli sea link has been suspended in light of cyclone Tauktae – which intensified into a ‘extremely severe cyclonic storm’ early this morning – is currently 160 km south-southwest of the financial capital. 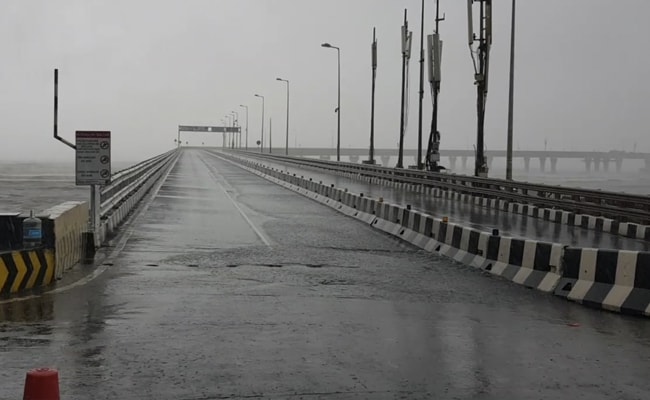 Bandra-Worli sea link has been closed due to the high-speed winds. 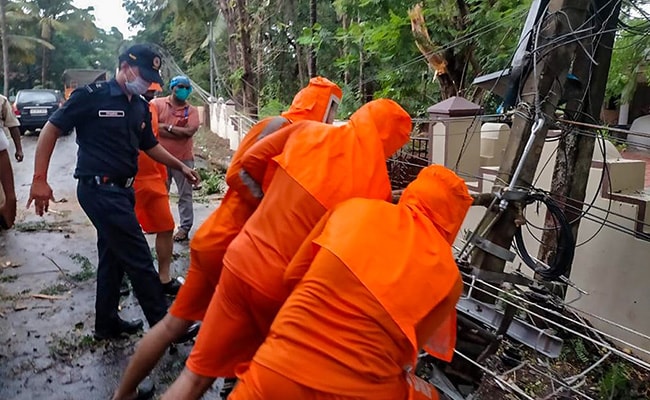 NDRF team undertakes restoration work, after a tree collapsed due to strong winds during the formation of cyclone Tauktae, in Panjim. 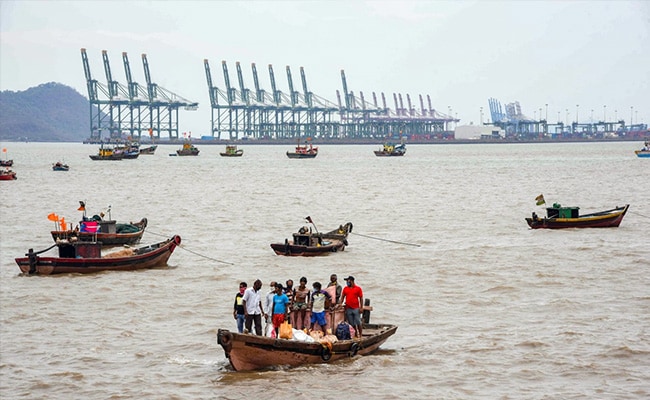 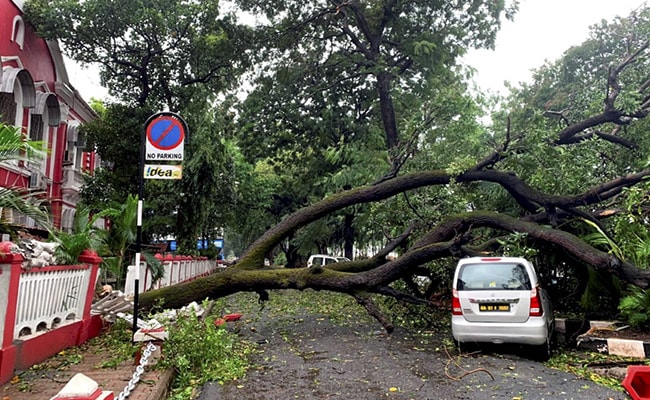 A car damaged by an uprooted tree due to strong winds during the formation of cyclone Tauktae, in Panjim. 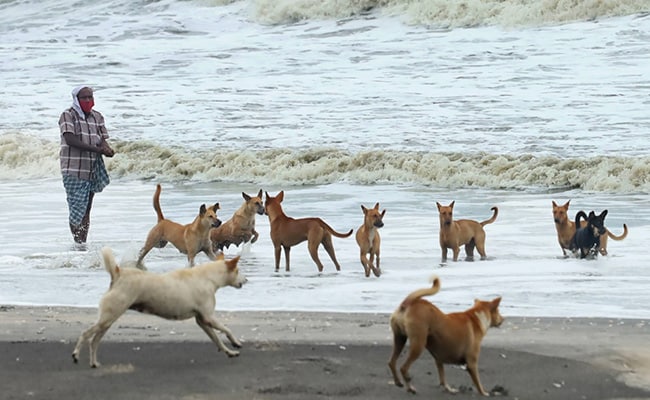 A man feeds dogs during the formation of cyclone Tauktae, at a beach in Kozhikode. 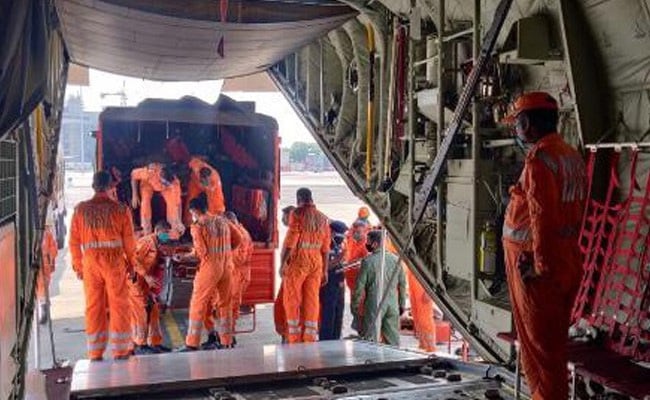 Indian Air Force had deployed two C-130Js and an An-32 aircraft for transportation of 167 personnel and 16.5 tonnes of the load of NDRF from Kolkata to Ahmedabad.