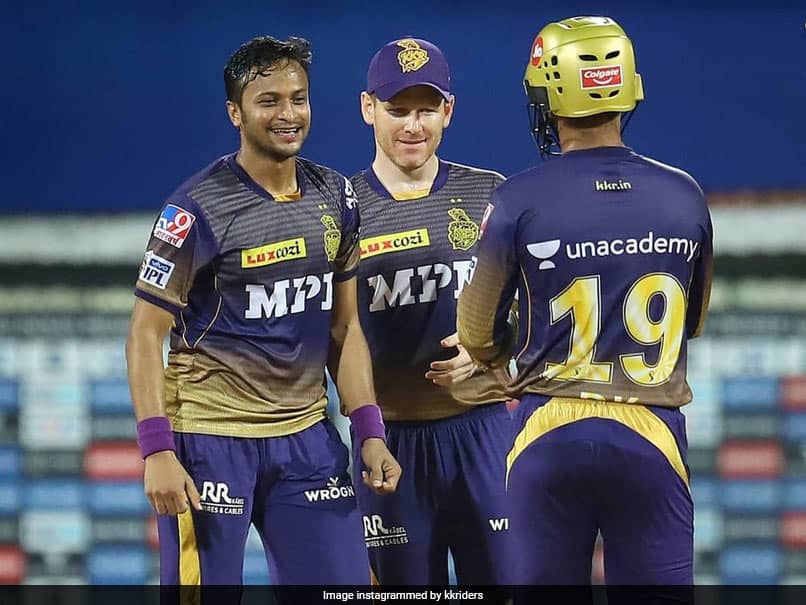 
Bangladesh Cricket Board (BCB) President Nazmul Hassan doesn’t see “any possibility” of former skipper Shakib Al Hasan playing in the rescheduled Indian Premier League (IPL) 2021. The Board of Control for Cricket in India (BCCI) on Saturday announced it will complete the remaining matches of IPL 2021 in the months of September and October in UAE. The BCB chief cited Bangladesh’s busy schedule and T20 World Cup which is slated to take place in India in October as the reasons behind KKR all-rounder Shakib not getting a No-Objection Certificate (NOC) from the board for IPL.

“Given our schedule, it is almost impossible (for Shakib) to get the NOC. I don’t see any possibilities, nor any opportunity,” Hassan told Ekattor TV as reported by ESPNcricinfo.

“The World Cup is coming up, which makes every game important for us,” Hassan said.

Bangladesh pacer Mustafizur Rahman, who plays for Rajasthan Royals, is also unlikely to get NOC from the board.

Also, both New Zealand and England are likely to tour Bangladesh ahead of the T20 World Cup.

“We want to go into the England series with full strength. Both the ODI Super League and the World Cup T20 are important to us,” added Hassan.

Meanwhile, BCCI has decided that it will keep a window till around July before taking a call on the availability of foreign players.

Speaking to ANI, sources in the know of developments in the BCCI SGM said the state associations were informed that discussions will be had with all the foreign boards and a decision will be taken around July on whether foreign players will be available or if there will be need for replacement players to come in.

Cricket Australia’s (CA) chief executive Nick Hockley has said that the board’s first priority is to ensure that the players are reunited with their families and a call on their participation in the IPL resumption will be taken later.

20 lakh in home quarantine in Maharashtra, govt to shift them to Covid centres in phases | Mumbai News

Wait, What? Chocolate Maggi Is The Latest Bizarre Food To Confuse The Internet