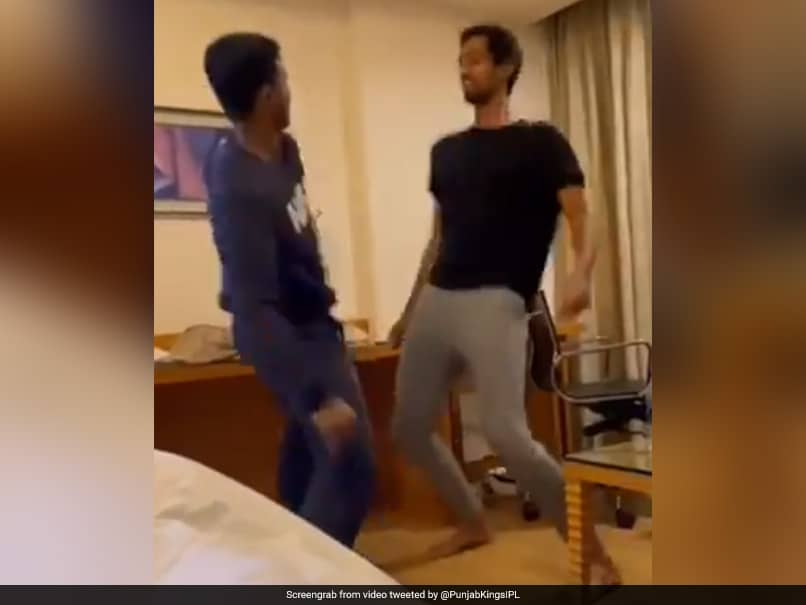 
Punjab Kings (PBKS) took to social media to share a hilarious dance video of Murugan Ashwin. The spinner was roped in by the Punjab franchise ahead of Indian Premier League (IPL) 2019, and has ever since been in and out of the team. Despite limited opportunities, the 30-year-old is still considered to be a quality bowler by many fans, and is known to be a googly specialist. Posting the crazy dance video on Twitter, PBKS captioned it as, “.@AshwinMurugan8 doling out yet another googly”.

In the video, Ashwin can be seen doing some hilarious dance moves with a friend, which has left Punjab fans in splits.

Despite putting in a good showing in IPL 2020, Ashwin featured in only three games in IPL 2021, which was postponed indefinitely midway through the season. He took a solitary wicket.

PBKS were sixth in the points table, when the tournament was postponed indefinitely, due to rise in COVID-19 cases in India.

IPL 2021 was also hard-hit by coronavirus with some high-profile cases.

Chennai Super Kings’ (CSK) Michael Hussey and Lakshmipathy Balaji tested positive for the virus. SunRisers Hyderabad’s (SRH) Wriddhiman Saha returned with a positive result, but has recovered since then. The wicketkeeper-batsman is also part of India’s WTC final squad, and is currently in England.

Also, Kolkata Knight Riders’ (KKR) Varun Chakaravarthy and Sandeep Warrier also returned with positive results. IPL 2021 is set to resume in the September-October window, and is expected to be held in the United Arab Emirates (UAE).

Sensex, Nifty Likely To Have A Flat Opening