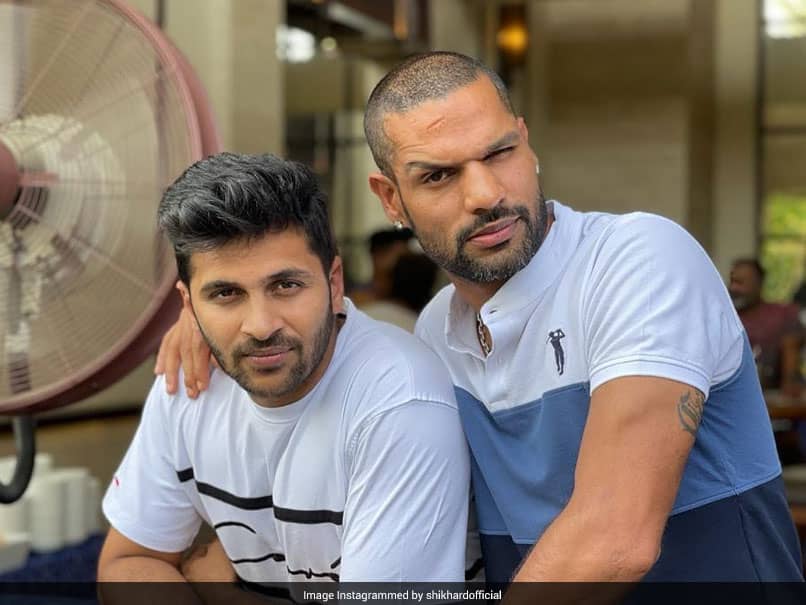 
Shikhar Dhawan took to social media to post a photo with India teammate Shardul Thakur. Thakur is part of India Test squad for World Test Championship (WTC) final and England Test series. India will play New Zealand in the WTC final beginning from June 18 in Southampton. The Indian cricket team landed in London on Thursday and reached the on-site hotel at the Hampshire Bowl, the venue for the final. The WTC final will be played from June 18-22 with June 23 kept as a reserve day. Posting the photo on Instagram, Dhawan captioned it as, “Gabbar and Thakur off screen”.

The post was well-received by fans even as India cricketer Kedar Jadhav commented: “Rare combination”.

Dhawan and Thakur recently participated in the Indian Premier League (IPL) 2021. IPL 2021 got postponed on May 4 after several players and support staff tested positive for COVID-19.

SunRisers Hyderabad’s (SRH) Wriddhiman Saha was among the players who tested positive, but he has recovered since then and is part of India’s WTC Final squad.

Along with the Indian men’s team, the women’s team also arrived in London.

After the WTC final, the men’s team will face England in a five-match Test series starting August 4.

The women’s team will have a one-off Test, three ODIs, three T20Is against England.