The saddest thing about a jar of chocolate spread is when it gets over. Then the assiduous scraping begins. We went to have it all. We struggle but we don’t give up on cleaning every cranny of the glass jar. But, that’s the old way to do it. We’ve got a pro tip from Reddit that promises us to empty our Nutella jars in an easier way. Just take it from the centre. That easy? Perhaps. A Reddit user wrote a long note about it, “LPT: Only take from the centre of the Nutella jar to empty it completely.” He added, “I found it hard to believe at first but it works time and time again.”

The trick is to scoop the chocolate spread only from the centre of the jar. The sides sticking high on the glass jar are supposed to be pulled down owing to cohesion. As the Nutella sticks together, there is less chance of crusting on the inner walls. At the same time, the jar remains clean, except for the bottom, after the Nutella is fully consumed. The user wrote further, “No endless scratching to get the remains out by the end, except for the very bottom. I know, right? Mind blown.”

(Also Read: Amazing Hack Lets You Peel Tomatoes In A Jiffy! All You Need Is Five Minutes)

Over 20k users responded to the post and 849 comments followed. A discussion over this trick has ensued. Here’s what other users had to say. Many were excited to know this tip and said they’ve bought a jar of chocolate spread only to try this out. “I just got a new large jar of Nutella,” wrote one user, “and I am pretty hyped to try this. Getting old sucks.”

Another user wrote, “I don’t know man, it sounds like the type of thing that would’ve got me hyped as a kid.” Sure, it does sound that exciting.

But some complained that this trick did not work on many Nutella jars in different countries. Differences in ingredients and consistency could be the reason. One user explained, “Every country has slightly different ingredients for Nutella due to food regulations and preferences, which makes US Nutella more creamy and soft.”

Another, followed this comment by a comparison, “I also know the German one is thicker than the French one which is more fluid.”

Some wondered which country’s Nutella, then, would be best. A user took a dig at it and wrote with humour, “I guess, I now have to order and eat all the various international versions of  in the name of science. No, no, guys. Don’t stop me. It’s a selfless sacrifice I’m willing to make.”

Another, however, made a guess to make the work easier. “My first guess would be Italy, due to their laws around ingredient labelling,” they wrote.

But there were also some who flung away the whole trouble of scraping or digging Nutella from the centre. One wrote, “I say, don’t worry about the edges. Once you get to the scraping stage, fill the jar with milk and shake it up. Now, you have Nutella milk.”

What did you think of the hack? Tell us in the comments below.

Diabetic-Friendly Dessert: Make This Delicious Rabri Recipe That Will Make You Drool 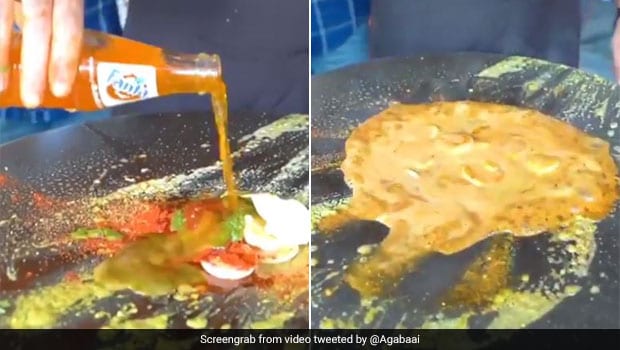