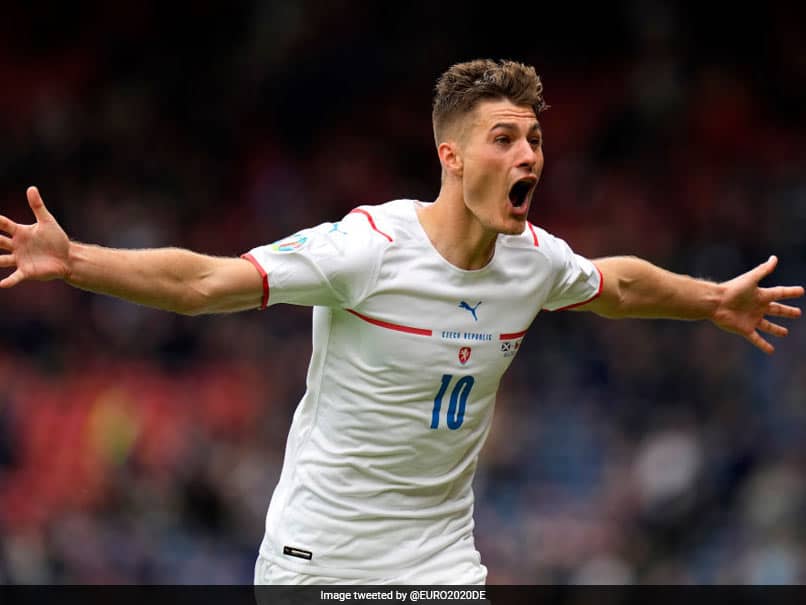 
Czech Republic’s Patrick Schick scored an outrageous halfway line goal against Scotland in their 2-0 Group D win at Hampden Park in Glasgow in the ongoing UEFA Euro 2020. Schick’s screamer doubled the Czechs’ lead in the 52nd minute after his opener in the first half right before half-time. Schick took advantage through a counter-attack after the Scottish forward’s were dispossessed just outside the opposition penalty area. Schick outsmarted the Scottish keeper David Marshall who was taken by surprise by a sudden attack on goal from the halfway mark with a left-foot by Schick.

Patrik Schick’s PHENOMENAL long-range goal against Scotland – we’re going to be seeing this a LOT!

Czech Republic came out victorious by two goals to nothing. Both teams had chances to score from early on in the game but it was Schick who opened the scoring for the Czech.

Schick scored the first goal through a towering header to net the ball at the top corner, away from Marshall.

Scottish players spurred numerous chances that came their way, all thanks to the brilliance of Czech keeper Tomas Vaclik. Scotland took 19 shots as compared to only 10 by Czech Republic. However, the Scottish finishing lacked accuracy as only four shots were on target against the Czechs’ seven.

The disappointment was quite visible on the faces of the Scottish players since they also enjoyed more possession of the ball and combined together to register more passes than the opposition.

Scotland will play England next on June 19 while Czech Republic will face Croatia a day before in their next match of Group D.

Cooking, Garnishing And More - 5 Olive Oil Options For Your Daily Use