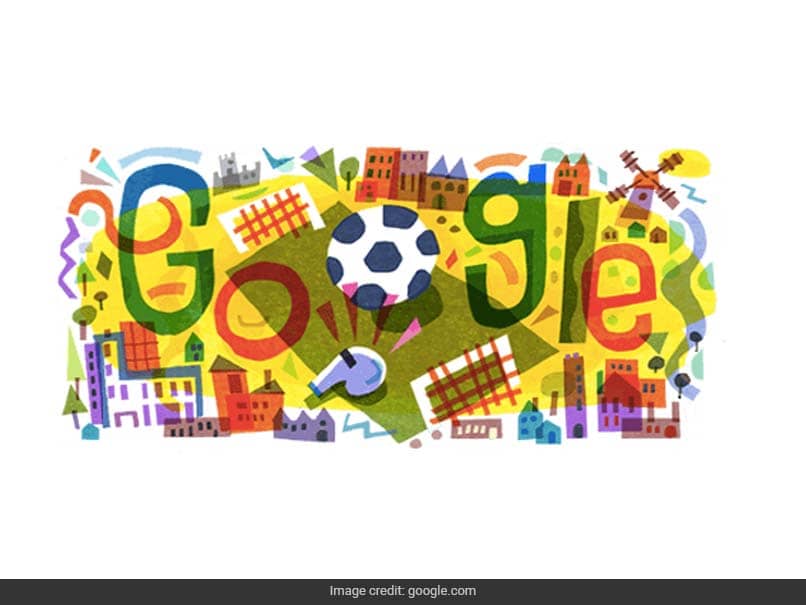 Google marked the start of UEFA Euro 2020 with a doodle.© Google


UEFA Euro 2020 tournament begins on Friday (local time) with Turkey taking on Italy in a Group A encounter at the Stadio Olympico in Rome. Google celebrated the tournament with a doodle, which had a whistle to mark the tournament kicking off. For the first time, the tournament is taking place in 11 cities across Europe — instead of one or two countries — despite the lingering shadow cast by the COVID-19 pandemic. Cristiano Ronaldo’s Portugal are the defending champions but world champions France start the tournament as the favourites.

The tournament was delayed by a year due to the coronavirus crisis.

But despite the ongoing threat, UEFA president Aleksander Ceferin has been bullish, insisting Euro 2020 will be safe.

“It will be the first event of a global dimension to be held since the pandemic struck,” he said.

“It will be the perfect opportunity to show the world that Europe is adapting. Europe is alive and celebrating life. Europe is back.”

The clearest illustration of that is set to come from Budapest, where it is hoped the new Puskas Arena will be packed to capacity.

Each of the host cities will welcome back fans, with capacities of between 25 percent and 100 percent apart from Munich, which aims to host a minimum of 14,500 fans — around 22 percent of capacity.

Dublin and Bilbao were dropped from the list of host cities after being unable to give guarantees they could meet UEFA’s requirement of accommodating limited numbers of spectators, but Seville stepped in for Bilbao while Dublin’s games went to London and Saint Petersburg.

Struggling To Make Spring Rolls? Cook Them In 10 Minutes With This Instant Recipe